“History indulges strange whims in the way it dresses its women.” 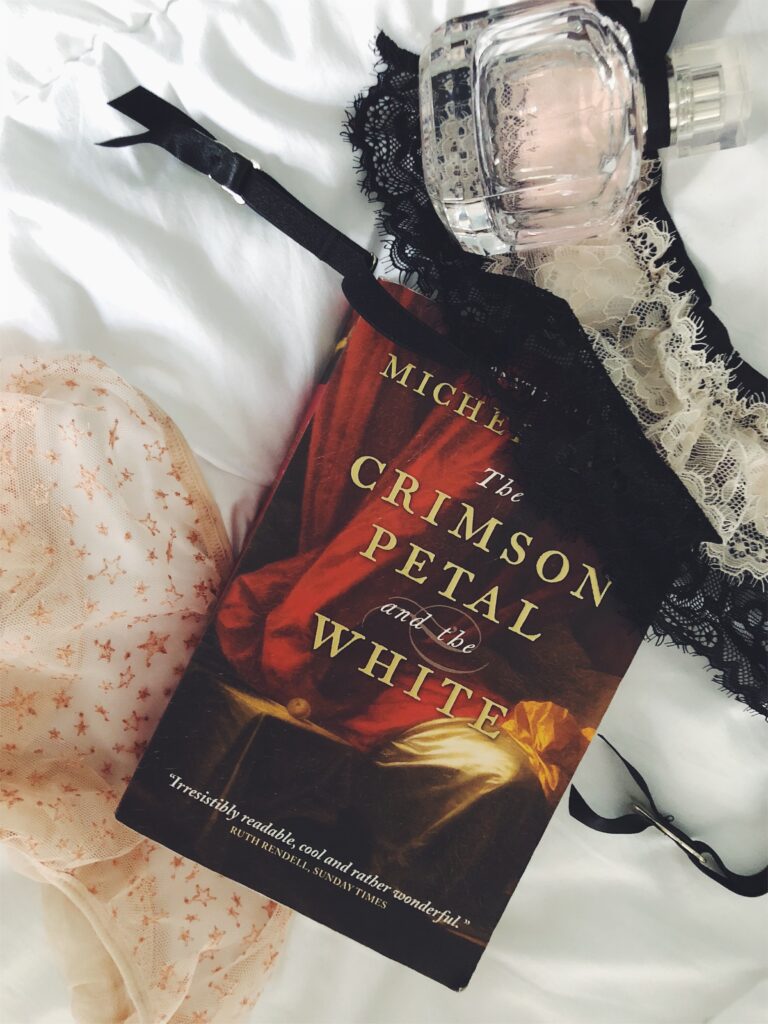 Giving away the plot to this one might actually take away from the experience of reading it for the first time, which would most certainly do great injustice to the book.

Summing up Michel Faber’s The Crimson Petal and the White  in just one paragraph would look something like this: we are taken by the hand and showed around Victorian London; its dirtiest streets and cheapest brothels. Sugar is a young, smart prostitute – pretty popular among men for her many talents between the sheets. William Rackham is the heir of Rackham Perfumeries, bound to take over the company after his father, yet uninterested to do so. Until the two characters meet and William suddenly realises in order to have the woman he desires just for himself, he needs to become the man he was born to be. One with a lot of money.

Some dedication. What would you do for sex?

The menu of characters is a bit richer than that of course. William’s older brother Henry is a delicious side dish (one was surely only meant to be someone’s main) with his own love interest, the religious Mrs Fox – a widow who is trying to save the prostitutes from the streets and reinstate them as maids in respectable houses. Then there is Agnes, William’s wife – who is probably as childish as her little daughter, Sophie. Caroline, Sugar’s friend and another woman working on the streets of London, is a delight as well.

First things first: it took absolute ages to get into this book. I’m talking 100+ pages. But with the determination of a young bachelor in search of an attractive, yet affordable, courtesan in the 18th century, I persevered and let myself being taken around London’s dirties streets (in all senses of the word) until I found what I was looking for.

200 pages later I was really into it, yet I couldn’t wait to finish – unlike that bachelor, not in order to get that much needed satisfaction, but to discover the end (actually, we might be on the same path here). We have a delicious prelude, but where will these characters take us? As a firm reader of classic literature, do I expect death and heartbreak, a prostitute left with a knife in her heart, a ruined wife, a man on the brink of existential crisis? Or since we are dealing with a modern author here, is it some bittersweet ending, or perhaps even an optimistic view of life leaving our heroine ready to take on the world?

Somehow (and somewhat surprisingly) we don’t get either. The end to the The Crimson Petal and the White is something I won’t talk about in this spoiler-free zone, but if you know – you know.

Once you get into the book, the journey is glorious. The writing is rich, yet feels very personal – not only due to the fact that you, as the reader, are often talked to directly. There is something very personal that brings the vast world of the book to life; it’s right next to you, all around you. The living, breathing characters help a great deal in this respect.

Personally, I love Sugar the most, even though her naivety can be annoying to the modern reader, myself included. However, she is strong, intelligent, witty and sexy – what’s not to like? Not to mention, a feminist ahead of her time (the modern writer’s touch, hey, there Faber!, yet again).

The The Crimson Petal and the White is admittedly a bit long and maybe I would have enjoyed it more if some of it was cut down. But then again, you have to appreciate the descriptions of this world, so well brought to life by the author. The detail is intricate, the prose – exciting. Ultimately, did I care for the characters? Yes, yes I did.

The Crimson Petal and the White is best enjoyed…

…with a glass of rich red, in bed, only wearing lace.

Also, make that in winter by a fireplace if possible. 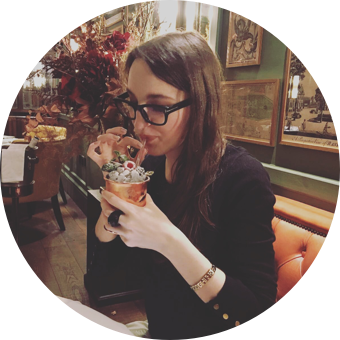